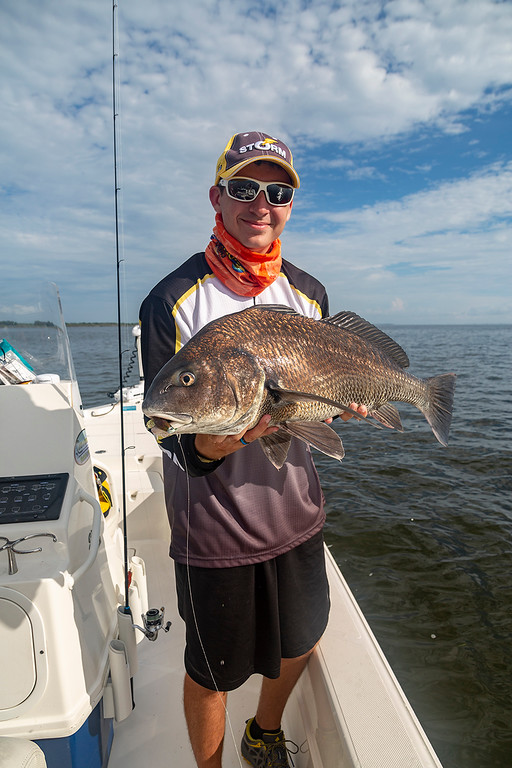 Angler are hoping that sea grasses return to the flats in these bodies of water. Right now many area are covered with a grass like algea called Calerpa which is better than nothing at all. Last spring we had a minor resurgence of grasses due to the restricted use of lawn fertilizers, herbicides, and pesticides that destroy it. This should lead to some good spring time fishing for trout and redfish. Baitfish like glass minnows, pinfish, pigfish, and fingerling mullet- plus crustaceans like shrimp and crabs rely on these grasses for their survival, and of course the larger predatory fish eat these smaller species to survive. Find grass beds that baitfish are holding in, and work them with top water plugs like the Rapala Skitterwalk first thing I the morning or during the last two hours or so in the evening. Suspending lures like the 07-centimeter Subwalk by Rapala in the mullet or pinfish pattern will also work well. These suspending lures are very effective during dawn and dusk periods as well, but will usually work farther into the morning than a true topwater plug will. Through the mid-morning and mid-day periods try Houdini, Magic Grass, or Chicken-on-a-chain colored Saltwater Assassin 4-inch sea shad jig tails on a 1/8 to ¼ ounce jig head. These work well on the trout if you swim them over the tops of the grass or Calerpa in the 2 to 5 foot depths. Closer to the shorelines, I recommend soft plastic jerk baits like the Saltwater Assassin 5-inch shad rigged on a weighted worm hook. The VMC “Drop dead” or Storm “Coastal series” of hooks in 3/0 are good for this. Anglers can also use an un-weighted version like the X-Point wide gap heavy in a 4/0 size. All are extremely sharp and work well in the previously mentioned jerk baits. Good color for these include rootbeer/red flake, Houdini, Arkansas Shiner and Native Shiner, but if I had to pick just one it would probably be the Gold Pepper Shiner color. When the fish don’t want to chase lures try feeding them live or cut fingerling mullet or ladyfish rigged on a VMC coastal black circle hook. Some of our biggest fish of the year come on these natural baits.