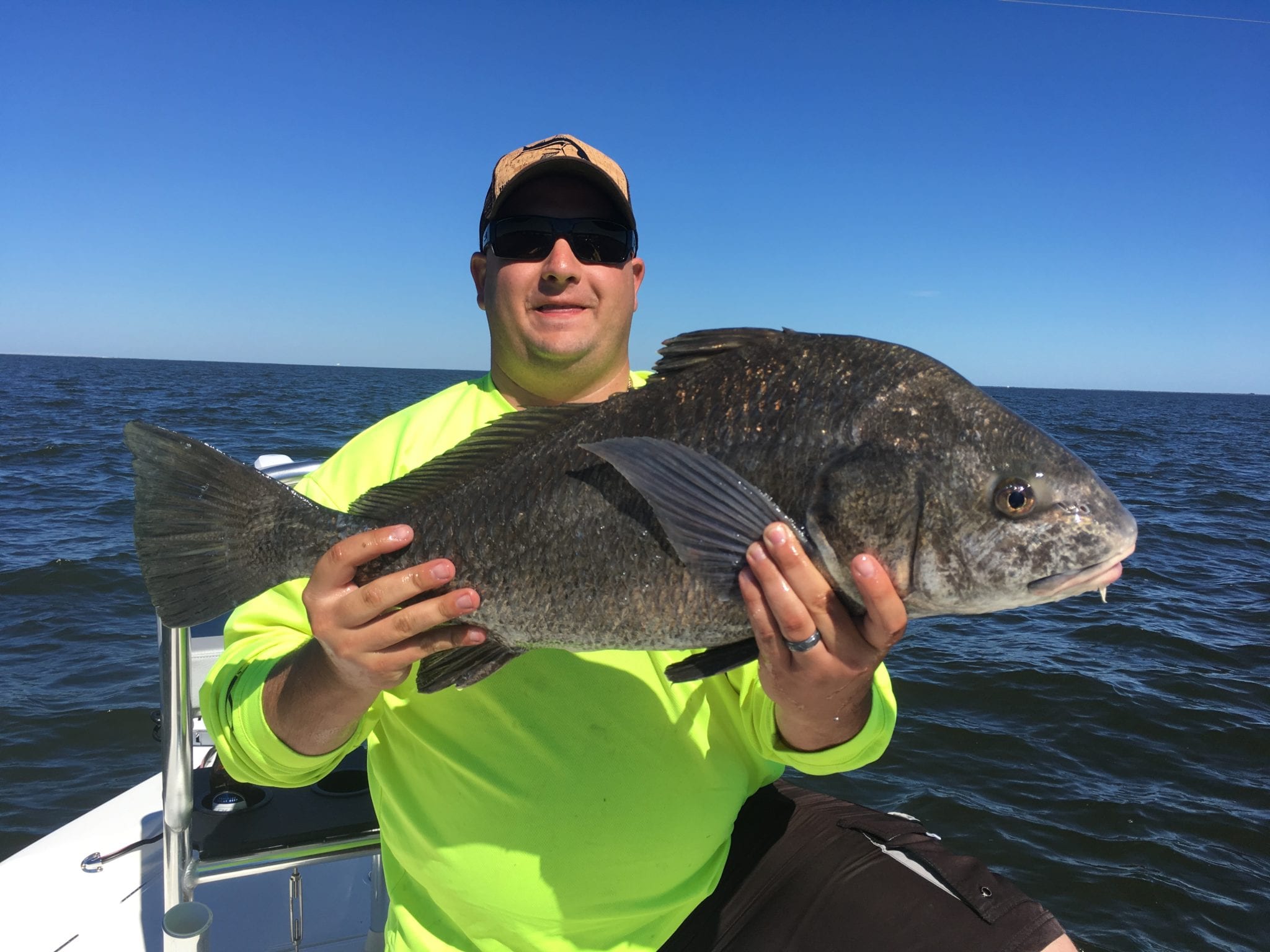 Black Drum fishing in our part of Florida is amazing.

Black drum are generally a “seasonal” fish that we rely on to add a little spice to our wintertime fishery. Due to enhanced regulations on this species, we are seeing an increase in the number of slot sized fish we are catching over the past few years. Now decent numbers of these hard fighting fish are usually available throughout the year on the shallow flats in the Indian River and Mosquito Lagoons.

The Winter months from December through March tend to be best for this species because they prefer when water temperatures range from about 50 to 75 degrees. During these colder months we generally find large schools grouping together, many of which have 250 to 500 fish in them. Black drum ranging from 1 to 10 pounds also inhabit the residential canals and creeks throughout the Merritt Island and Cocoa Beach area.

They make great targets when the winds will not allow us to “sight” fish out on the open flats. On calm winter days, we often get shots at larger black drum scaling from 20 to 60 pounds on the deeper flats of the Indian River.

Spinning rods in the 6 to 10-pound class range are preferred when chasing slight slot sized drum in the open flats. Live shrimp, cut clam, and small pieces of crab are usually the best natural baits for black drum. They will hit soft plastic shrimp or jig tails enhanced with shrimp scent as well.

Fly anglers love chasing these “usually” cooperative fish because they “tail” aggressively and readily eat small dark colored flies that imitate shrimp and small crabs. Once hooked they often take the entire fly line and a considerable amount of backing when anglers target them using 5 to 7 weight gear. 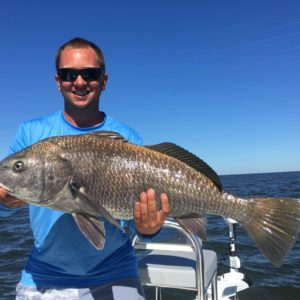 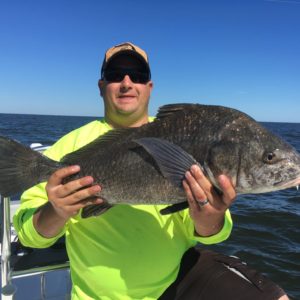 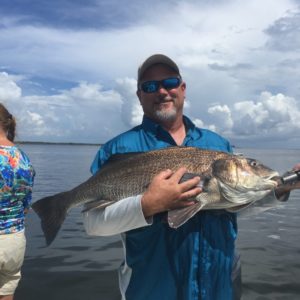 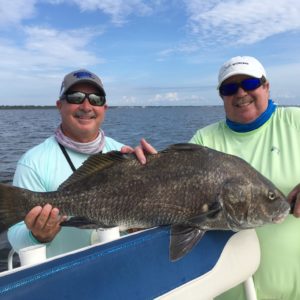 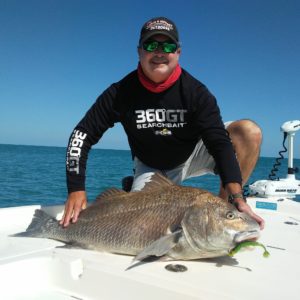 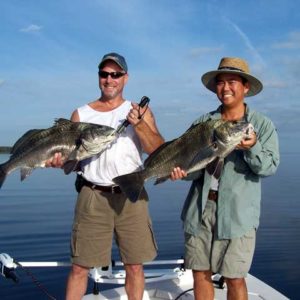 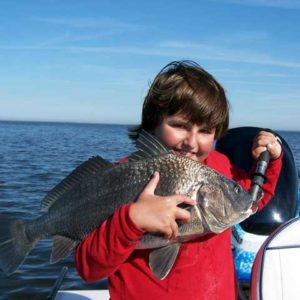