Captain Jim Ross is a United States Coast Guard licensed captain and owner of Fineline Fishing Charters based out of Rockledge, Florida just west of Cocoa Beach for almost 25 years. Jim is a second generation native and full time fishing guide who lives on the productive waters of East Central Florida near Orlando roughly 250 days a year. Captain Jim’s understanding of the feeding habits and migratory patterns of the fish he pursues in the Mosquito Lagoon, Indian River, and other surrounding waters throughout the year has made him one of the most respected fishing guides in Florida.

Captain Jim has been the authority on where, when, and how to catch almost every species that swims on the Space Coast for over two decades.  Because of his vast knowledge of this area, Jim has been Florida Sportsman Magazines only weekly fishing forecast provider for the past 20 years for the east central region.  He was hired by Captain Rick Murphy to provide 26 reports a year for the past 10 years for the award winning television show The Florida Insider Fishing Report, and Jim has also hosted a live weekly Saturday morning radio show for the past 21 years covering the fishing action in central Florida.  NO other captain in this part of the state commands as much respect or has such an impressive resume’ as Captain Jim.

Fineline Fishing Charters is a full time fishing charter service near Orlando, Daytona Beach, and Cocoa Beach, Florida. Fishing on the waters of the Atlantic Ocean, Indian and Banana Rivers, and the world famous Mosquito Lagoon for just about every species of gamefish available with light tackle and fly.

Over that twelve-year period, Captain Jim helped to educate and influenced hundreds of thousands of anglers fishing the waters east of the Orlando area. Fishermen from Daytona Beach, Orlando, and Cocoa Beach listened each week to hear the latest fishing information on the Mosquito Lagoon, Indian River, and surrounding waters.

In 2010, Captain Jim started his current radio show called “Catch A Memory Outdoors”. This new show transmits to anglers each week on WWBC 1510 am.  This broadcast area usually covers the waters from the Mosquito Lagoon near New Smyrna southward to Ft.Pierce and westward into the Orlando area.   Low power FM signals at 94.7, 99.9, and 100.7 FM can also be heard each week in Brevard County.  Jim’s new show provides even more fishing, hunting, and conservation efforts for our coastal waters to its listeners, and is more reflective of the “complete “outdoor lifestyle of many of show’s listeners in Central Florida.

Catch a Memory Outdoors is a talk-formatted show which airs live each week on Saturday mornings from 7:00 to 9:00 am  Thousands of anglers, hunters, and outdoor enthusiasts tune in to hear captain Jim, his co-hosts Rodney Sahr and Captain Justin Ross, and other special guests talk about fishing, hunting, and other outdoor adventures in Central Florida.

The “Catch A Memory Outdoors” radio show is also available each week on the live internet streaming feed on www.catchamemoryoutdoors.com. Fisherman and hunters who have smartphones can hear the show while on the water fishing or traveling outside of the radio shows broadcast area.

If you are not able to hear Captain Jim, his co-hosts and guests live each week on the various AM, FM, or streaming options, you can still find out where to go and what to use the next time you want to enjoy some time in the outdoors by checking out Podcasts of archived CAMO radio shows.  These can be accessed on the Catch a Memory Outdoors radio show link above, then search through the “archive shows” tab.

Listen to the Show! 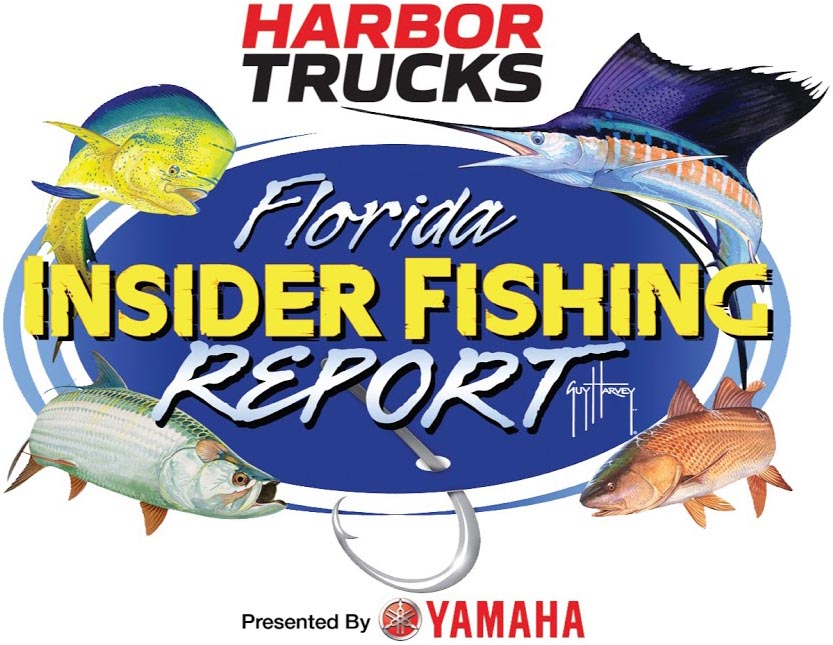 Captain Jim joins Capt. Rick Murphy and a host of other top professional guides from across the state of Florida on the Emmy award-winning “Florida Insider Fishing Report” television show.

Captain Jim returns as the Central East region expert and will continue to cover all of the fishing action in the Cocoa Beach, Daytona Beach, and Orlando areas. Captain Jim will give live fishing reports for the show each week covering the Mosquito Lagoon, Indian and Banana Rivers, and the Atlantic Ocean waters located due East of the Orlando area.

The waters outside of Daytona Beach, Cocoa Beach, and Sebastian Inlet are unique and have an immense amount of bio-diversity. Viewers of this show will get up to date information on how and where to fish in this portion of the state. Captain Jim will also give periodic audio fishing reports on the television shows web site  www.floridainsiderfishingreport.com.

In 2008 Skeeter Boat Company celebrated its 60th year of boat building. This same year Captain Jim was named to the Yamaha Outboard/Skeeter Boats National Fishing Team. For over a decade Jim has been an ambassador for the Skeeter boat brand.

With this accomplishment, he joins a very impressive and exclusive list of professional fresh and saltwater anglers. Captain Jim was the first charter fishing guide, and tournament angler in the Orlando area to achieve this prestigious invitation to join the Skeeter boats fishing team.

Jim is proud to be associated with these industry leading companies. Jim’s Skeeter fishing boat, the amazing SX-240 bay version, is powered by a Yamaha 300 horsepower 4-stroke engine. This performance fishing boat is his preferred vessel for running charter clients to the fish, because it is comfortable, dry, and really fast.

In 2002 Captain Jim Ross developed the first fishing school in the state of Florida called the Indian River Fishing Academy. After teaching thousands of angling enthusiast over the past decade, captain Jim wanted to revamp his curriculum and renamed his new comprehensive training course the Inshore Fishing Academy.

This school’s curriculum and fishing concepts continue to evolve with time and for 2018 Capt. Jim remains one of the industry leading captains when it comes to teaching light tackle techniques and strategies for the various sport fish in Florida’s coastal waters.

Orlando, Daytona Beach and Cocoa Beach area anglers who want to catch more and larger fish in the Mosquito Lagoon or Indian and Banana River Lagoons will find this to be an extremely educational fishing school. No matter what your skill level the Inshore Fishing Academy will make you a better angler.

These new in-depth courses are designed to help anglers learn how to specifically target these species. With several individual classes to choose from after completing class 1 and class 2, the new Inshore Fishing Academy courses will help anglers learn at a faster pace than any of Capt. Jim’s previous fishing schools. 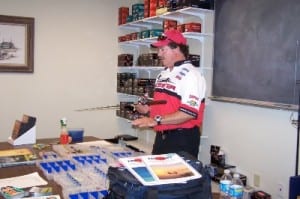