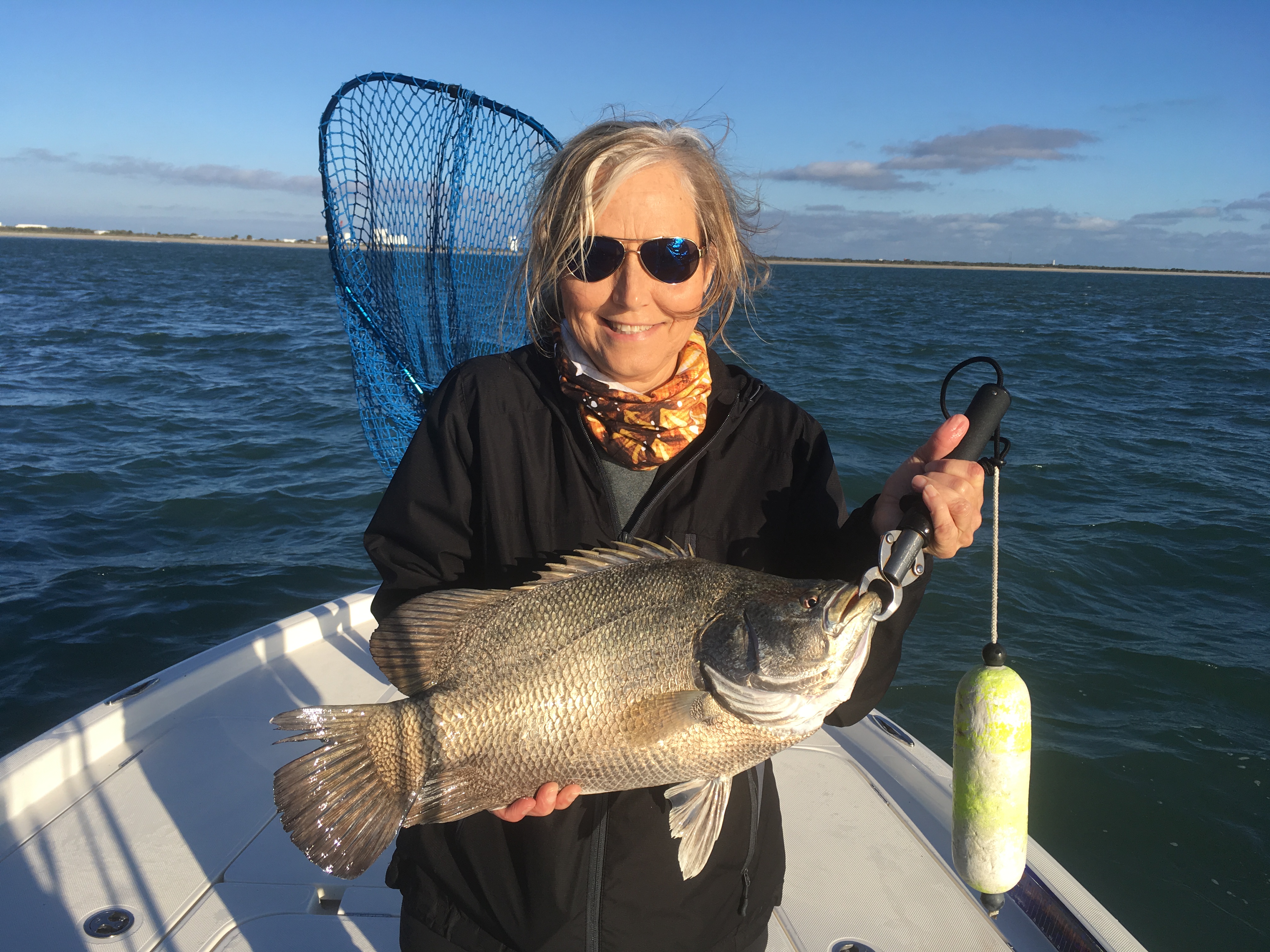 Tripletail are another “seasonal” fish that are extremely under estimated fish when it come to shear pulling power. They are often spotted laying motionless on the waters surface. When presented with a bait they often take their time trying to eat it. Once hooked, these fish transform into serious drag stripping machines. Because of their “three” tails they can generate an enormous amount of force. This surprises many anglers, especially when we’re fishing for them near channel markers. Larger fish often can’t be stopped and anglers end up losing them once their line is parted by the channel marker’s chain. Fortunately, fish that do break off have short memories and we find that they will usually eat again at some point later on in the day.

Because we fish for tripletail in close proximity to underwater hazard 20 to 30 pound class gear is necessary when targeting the larger fish in the 10 to 25 pound range. Smaller fish or fish that are found “floating” or “free swimming” out in open waters can be taken on much lighter spinning, casting and fly tackle. Fish of less than 8 pounds usually hit small live baitfish or shrimp, larger fish will strike live baits such as menhaden, mullet, sardines, pilchards, pinfish or croaker. Many of the International Game Fish Association (IGFA) world records for tripletail have been either caught or broken right here at Canaveral (including the one I used to hold for 8 pound class fly tippet) so you never know when you might get the shot at a true “world class fish”. 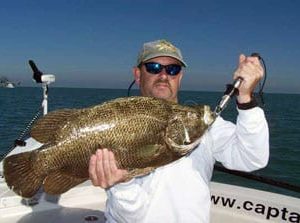 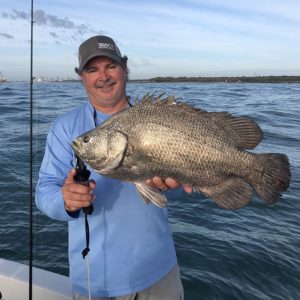 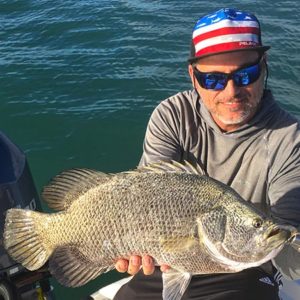