The past 7 days seems to have been a week for rediscovering. We have had almost 12 inches of rain in the past week and it has changed the bite from the previous weeks for sure.

On my inshore trips in the Indian River Lagoon, I’ve been concentrating my fishing around the Titusville area. The water quality has really taken a hit with all of the recent rains and the salinity levels are pushing fish out of the places I had been finding them. Speckled trout seem to be the most effected by the water change. With this in mind, I’ve taking my clients to areas that do not have much influx of storm water runoff to try to stay in higher salinity areas of this body of water. It seems to be working fairly well, but until the trout get used to the lower salinity they will be a little hard to catch. Redfish, small Snook, and juvenile tarpon are not as effected by the storm water runoff and have continued to stay relatively close to many of the creeks, ditches, and outflows that come into the lagoon. Cut baits have been best for getting the reds to strike. Small Saltwater Assassin sea shad tails and Storm Chug Bug topwater lures are best for the Trout, Tarpon, and Snook. 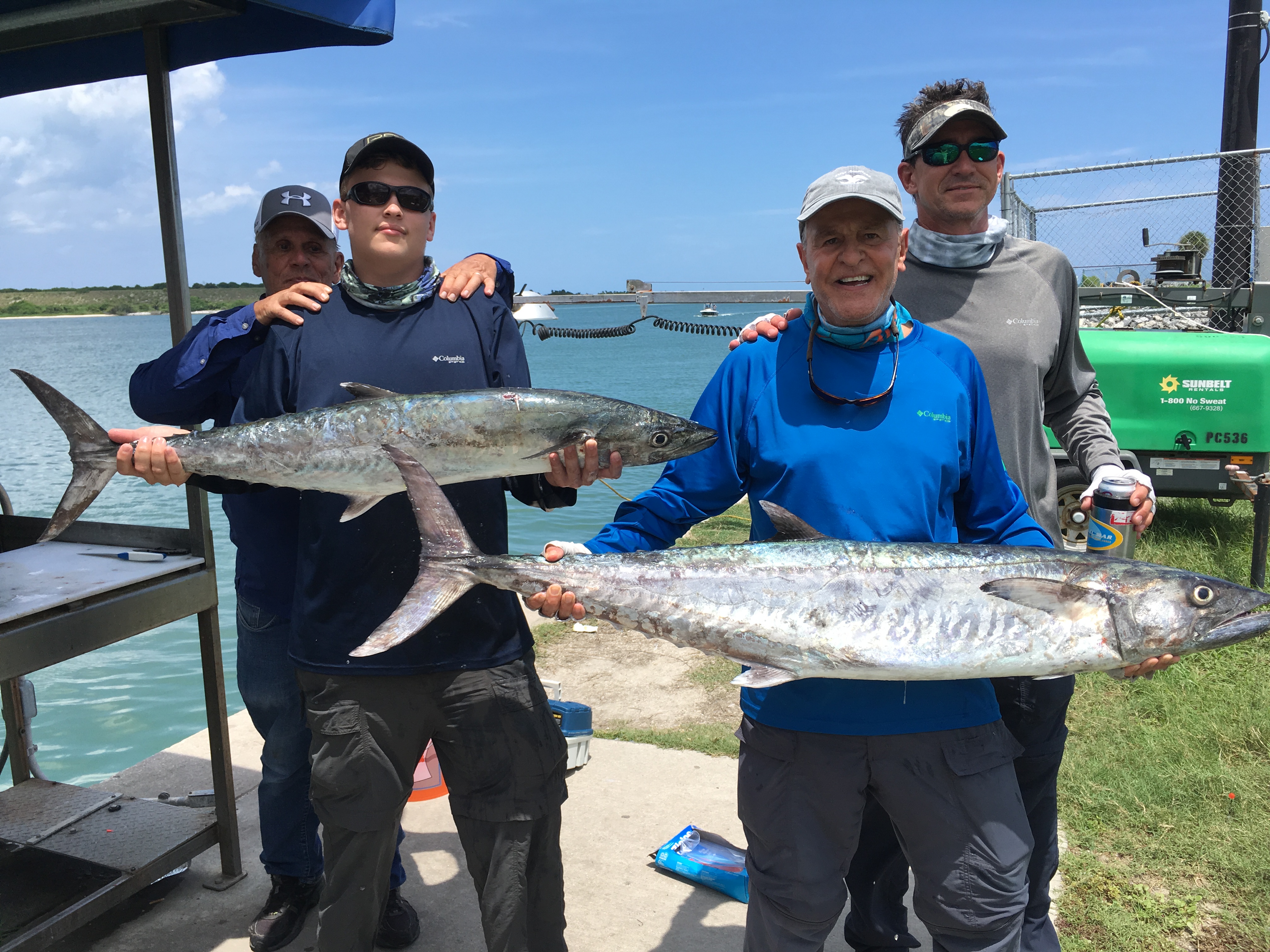 In the Ocean offshore of Cocoa Beach, Satellite Beach and Cape Canaveral I’ve been getting a mixed bag of species while slow trolling with live pogie. Tarpon, shark, king mackerel, and bonito are the most prevalent of these. For the tarpon we’ve been sticking to using 60 to 80-pound test Sufix Fluorocarbon leader material on 30 pound test main line. I’ll rig a 7/0 circle hook to the nose of our baits and slow troll near bait pods waiting for the tarpon to strike. Bonito, shark and kingfish are by catch when using this tactic. These other three have been much more reliable on the wrecks and reefs in the 60 to 90-foot zones. Some of the kings are big. I had the Don Ross family (apparently some of my long lost family) out on Friday August 9th, and they landed mackerel to almost 50-pounds. We also got barracuda, bonito, and shark on this day. 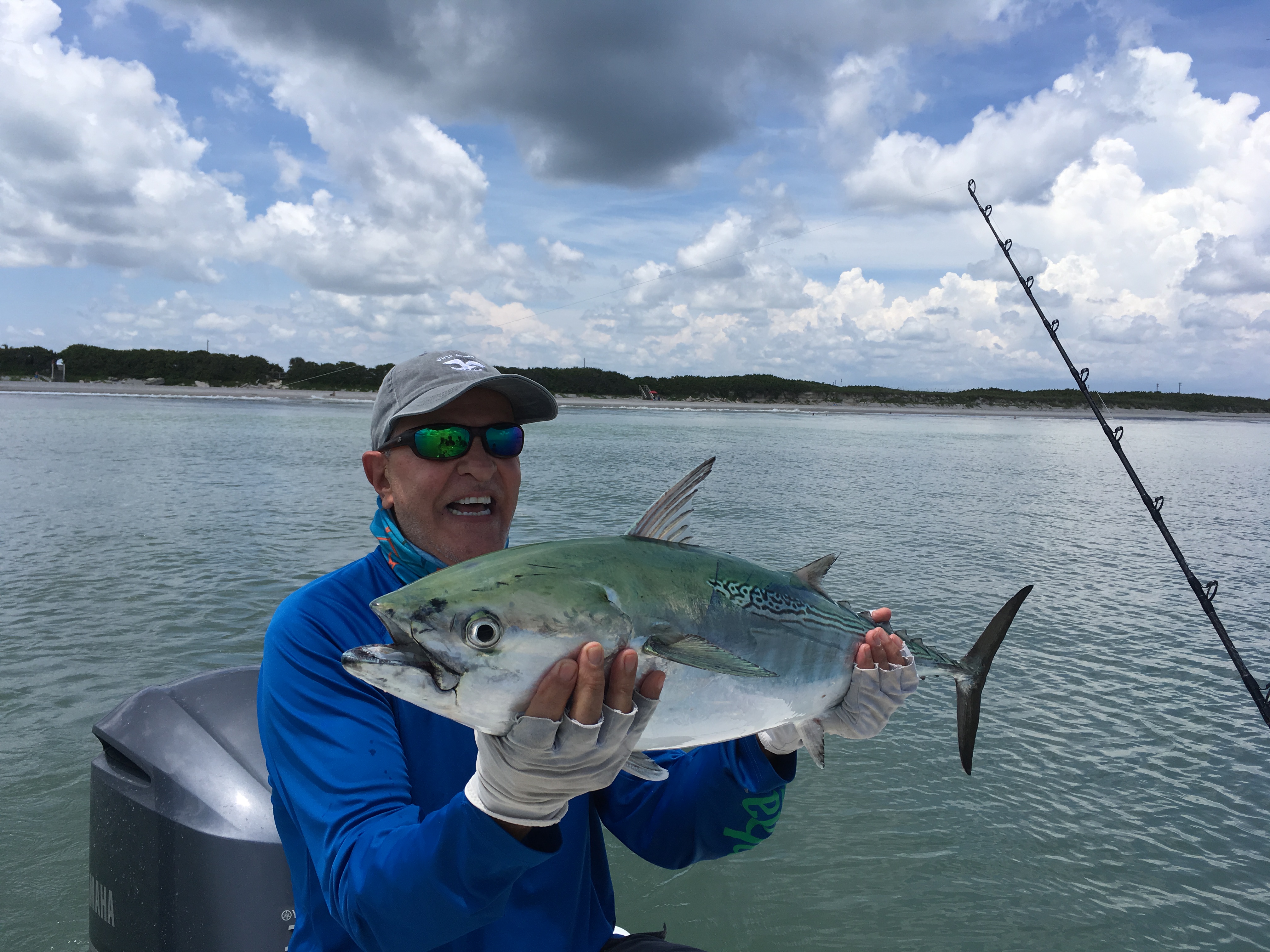 We are starting to see some flounder show up on our near-shore reefs and wrecks. We’ve been able to get a few to bite and this trend should only get better over the next month and a half or so. Snook season opens back up on September 1st and they have been very cooperative on most days. Our bite in the lagoon and near-shore waters due east of Orlando will continue to get better and better as we move into September and October time period so now is the time to get your next rip with us on the books. You can go directly to the reservations page and pick any available day we have.

I look forward to getting you all out this fall for another exciting trip with me aboard our awesome Skeeter bay boats.